Masticating juicers often promise that it will make the most juice compared to traditional juicers available. Each masticating juicer is very different when it comes to the innovation and features they have. If you are looking for one which caters to consumers and offers everything users could ask for from a masticating juicer, Breville’s BJS600XL Fountain Crush Masticating Slow Juicer is the best option.

Get the most convenient and uniquely powerful masticating juicer with the Breville BJS600XL. This machine promises to give users the most nutritious juices in high quantities and make juicing a lot easier. Here is the list of features you will love about the BJS600XL. 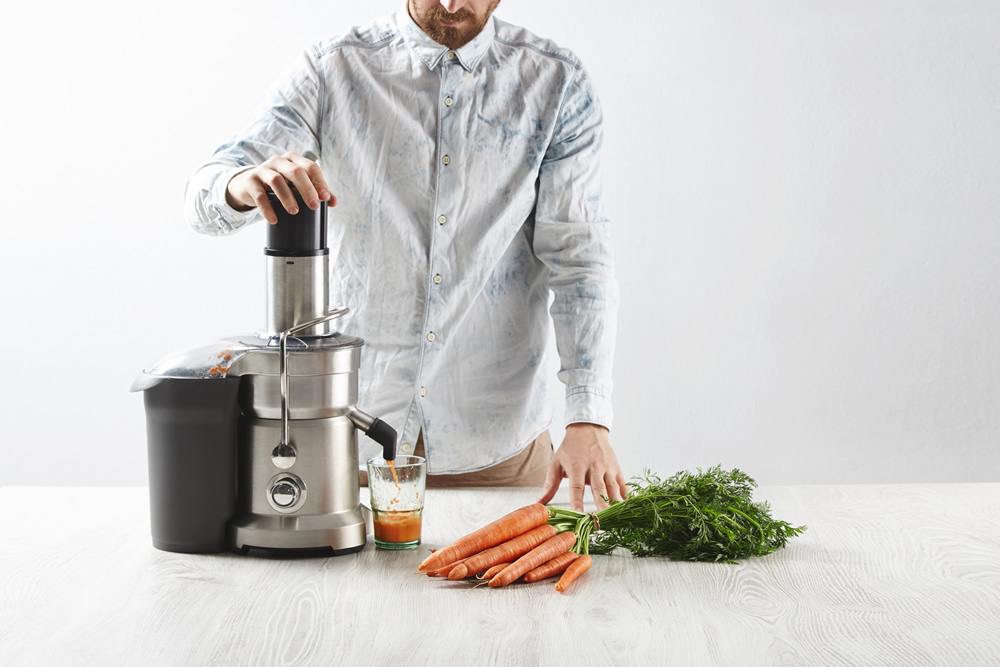 This very unique Juice Fountain Crush juicer from Breville has very useful features and the fact that it is easy to clean sounds tempting. However, read the reviews below regarding Breville BJS600XL’s performance in homes.

Some users have argued that this machine has broken down after just a few uses. One user said that they experienced juice leaks and clogs in the machine which caused disfunction. Some also complained that the parts were very brittle which triggered problems in the long run.

One reported that the augur often gets stuck in the base of the unit, preventing them from juicing with the machine because the pulp debris is often stuck in this area. Some also reported it was unable to juice things like wheatgrass which is normally easy with regular masticating juicers.

Others even commented that they had to cut the produce before they could put it inside the shoot which cannot accommodate anything larger than an inch.

Others complained about the company’s customer service and warranty. One reported that when they contacted customer service, the tech team did not even know how to help the users with their problems. For the warranty, some argued that that it only has a 1-year warranty for the machine and 10 years for the motor unlike other machines with full 10-year warranty for both the machine and motor.

Satisfied users of the BJS600XL Fountain Masticating Juicer said that this juicer is perfect. Users reported that they were able to stick anything in the juicer and the juicer can give all the juice in the pulp. The pulp is also very dry, proving that it has gotten everything.

They also reported that should there be a jam, they can easily press the reverse option so that they can remove the jam and continue juicing. The juice made by this juicer is also very good because it did not have too much pulp did not produce much foam.

Some even said it did not taste like plastic unlike other juicers they have tried.

It is also very small, ensuring that it can be placed on the counter without taking up too much space. This juicer is also reportedly very quiet allowing normal conversation to continue as it runs.

The price is also something that many users have commented to be a huge plus with this machine because it is very sturdy without many issues.

Don’t settle with just a traditional and conventional masticating juicer but get yourself this Breville BJS600XL. This juicer promises that it will cater to all your juicing needs and take what you want into consideration since it is made with the consumer in mind.